Dr. Inouye is an internationally recognized leader in geriatric medicine and aging research. She is Professor of Medicine at Harvard Medical School, holder of the Milton and Shirley F. Levy Family Chair, and Director of the Aging Brain Center at the Marcus Institute for Aging Research, Hebrew SeniorLife.  Dr. Inouye is board-certified in general internal medicine and geriatric medicine, and expert in public health, public policy, and clinical epidemiology. Dr. Inouye’s clinical and research work has focused on finding ways to improve the quality, safety, and outcomes of hospitalization for older adults, and has revolutionized the way we provide hospital care.

Through her innovative work, Dr. Inouye developed a scientifically proven method for reducing delirium and functional decline in hospitalized older persons, the Hospital Elder Life Program (HELP), a person-centered, interdisciplinary, volunteer-assisted multicomponent program for prevention of delirium. HELP has been implemented in hundreds of hospitals across the U.S., Canada, and many other countries around the world.  She also created the Confusion Assessment Method (CAM), now translated into over 20 languages, and the most widely used method for identification of delirium worldwide.

A renowned scientist, Dr. Inouye has been continuously funded by the National Institutes of Health since 1989, with over 80 grants, including a current >$13 million P01 grant on the inter-relationship of delirium and dementia. She has published more than 350 articles, many in the highest impact journals (H-index =104), and was named by Thomson Reuters ScienceWatch (2014) as one of the World’s Most Influential Scientific Minds of the decade. She serves as Associate Editor at JAMA Network Open. She has received many awards, including the Leonard Tow Humanism in Medicine Award from the Arnold P. Gold Foundation (2005), the Henderson Award from the American Geriatrics Society (2013), and the M. Powell Lawton Award from the Gerontological Society of America (2015), and Honorary Fellow of the American Academy of Nursing (2018). She is an elected member of the National Academy of Medicine (2011), as well as the Association of American Physicians (AAP) and the American Society of Clinical Investigation (ASCI). She currently serves as a Board Member, Board on Health Care Services (HCS), National Academies of Sciences, Engineering, and Medicine, 2019-2022; and on the President’s Advisory Council, The National Academy of Medicine Grand Challenge in Healthy Longevity, 2018-present. She served as a Health and Aging Policy Fellow and American Political Science Association Congressional Fellow in 2016-17 and an Encore Public Voices Fellow 2019-2020. A dedicated mentor, she has individually mentored over 100 trainees in aging research. She has dedicated her career to serving vulnerable and underserved populations; her clinical practice includes care of geriatric and homeless populations.

Why I Applied to be a Fellow

"I have devoted my career to improving healthcare for older adults through clinical care, education, and research. After 25 years, however, I came to the stark realization that there are fundamental limits to what can be accomplished through clinical care, research, and education alone. The creation of true, sustained system-wide changes in how healthcare is delivered to older patients requires fundamental transformation, which can only be achieved through policy initiatives. Thus, in 2016-2017, I embarked on the Health and Aging Policy Fellowship to understand how to influence and impact clinical care through health policy changes. I learned how policy is created and shaped, and forged a deep respect for my colleagues, influencers and policymakers through the program. The Fellowship truly changed my outlook and my life." 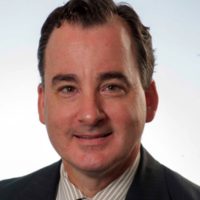 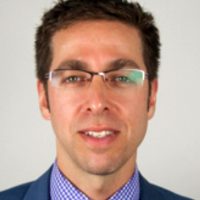