Mr. Fosina is active on several boards of professional and community organizations, nursing homes and senior centers. He was instrumental in helping create both a Division of Geriatric Medicine and Aging and a Division of Podiatry at Columbia University Medical Center and NYP. He is the Chair-elect of the Board of Governors of the American College of Healthcare Executives (ACHE), an international professional society of 48,000 healthcare executives who lead hospitals, healthcare systems and other healthcare organizations. He is Board certified in healthcare management as an ACHE Fellow.

He is also an advisory board member for the University of Delaware, College of Health Sciences; a member of the board of trustees for Silvercrest Center for Nursing and Rehabilitation; a board member for the Council of Senior Centers and services (LiveOn NY); Westchester County Association; and the Business Council of Westchester. He also remains active as a Fellow in the New York Academy of Medicine and is a former Health and Aging Policy Fellow and a Congressional Fellow.

Mr. Fosina received a Bachelor of Science degree from the University of Delaware and a master’s degree in public health from Columbia University School of Public Health. 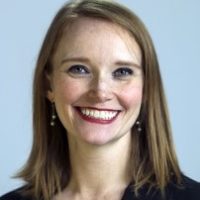